We took the opportunity to check in with the artist Richard Fleischner, whose exhibition Witness Mark was interrupted by the global pandemic, and now exists as an online viewing room. Over email, art historian and curator Jennifer Gross posed three questions to Fleischner; what resulted is a conversation about the notion of "shelter", Fleischner's practice, and his engagement with fundamental, basic forms that are the bedrock of art and architecture history. Paired with selected photographs that the artist took on his travels, the exchange inspires a focus on celebrating —to borrow Fleischner's words — "the rudimentary, unassuming, and yet essential creation of places". This conversation took place at the beginning of March, as the public health crisis grew more serious in New York.

JENNIFER GROSS (JG): You are well-practiced in close observation as part of your work process.  As you are sheltering in, what have you found yourself drawn to look at more closely?

RICHARD FLEISCHNER (RF):  It’s important to understand that I live and work in a large multistory building in Providence, RI.  Fortunately sheltering in place has not caused a significant change in my situation, or daily workday.  During the last 40 or more years the studio has been both a refuge and laboratory for creating a place that is defined by the sum total of all my creative processes.  Within the larger sited projects, the sense of enclosure and containment has been at the foundation of these projects. They are contextualized within the larger fabric of the entire site; and although very few of their elements have been completely enclosed and providing actual shelter, they do provide a defined place; consisting of various configurations very deliberately scaled and placed as part of a larger sequence of destinations drawn from the entire larger site.

During this time of staying inside I've been paying more and more attention to the very spirit of humanity that underlies the word "shelter".  I’ve been revisiting two images in particular — the first, an illustration of a Khitan1 noble's field camp. The second is an image that I took in Kosovo during the war.  Kosovo was, at that time, torn apart, and I took this photograph within an encampment that had been used by women as a shelter to escape the dangers of war and rape. 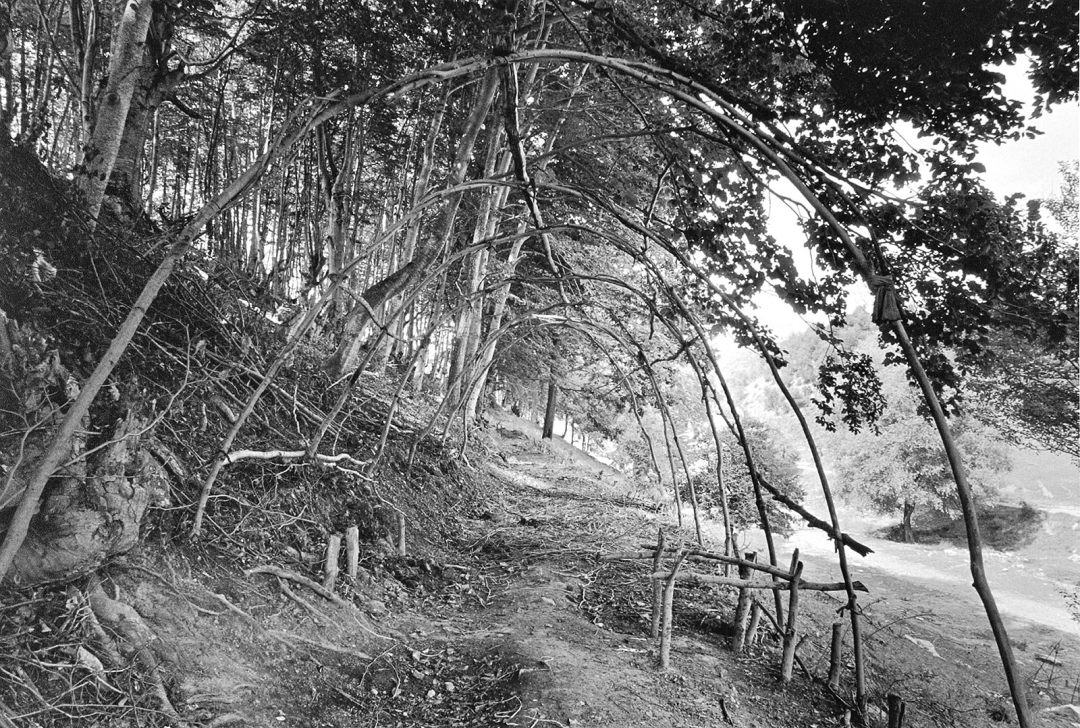 Above: Unknown artist, untitled illustration of a Khitan nobleman’s camp. Circa 1100 CE

RF: In each of these photographs, I'm drawn towards the simplicity of the materials and techniques used to construct the places that offered each group a measure of safety, and shelter.  In Kosovo, these camps were made of branches; bent and lashed together.  Later they were covered with a plastic sheet. I photographed the bare bones of the encampment, and you can barely make out the structures on the interior that served as tools for living.

The meaning of shelter is no different now than it was before the pandemic.  What I was interested in, and continue to be interested in, is how we have managed to define and make shelters — lines and planes used to determine boundaries, differentiating "inside" from "outside", and simple volumes and forms that turn a space into a place.  Translating the rudimentary, unassuming, and yet essential creation of places that form the core of my practice, in both my large-scale sited works, and individual studio sculptures.

JG: The pandemic has emptied our streets, parks, and sports arenas.  For years your work has engaged the remnants of social structures and the relationships between things that define human context, what you have identified as 'critical distances', are there new social structures that have come into your sight lines of late that embody the tensions and absences we all are feeling?

RF: "Critical distances" is the term that I have given to a system of measurement that makes a place suitable for human proportions, and its specific uses.  It’s intrinsic to spatial relationships; nothing can be arbitrary.  For example, in the game of baseball the distance between the pitcher’s mound and home plate is critical.  If the distance were just slightly closer no one would be able to hit: if a little further apart no could pitch effectively.  “Critical distance” plays a crucial role in all my work, large or small.  It determines the scale and placement of elements within a particular context.

With the streets empty, relationships between the forms that surround us have made themselves visible.  When the opportunity is there, I photograph street surfaces. Most of these photographs look at crossing lines, spray-painted markings, and other marks for work on the street; they become legible signs to those that understand them in order to do the necessary work.  They are determined for the most practical reasons.

These visual references dovetail in with the visual vocabulary that I utilize so much in my work.  The surface texture and geometric forms share visual similarities, but it is the absolute un-intellectualized nature of how these forms came to be that resonates the most with me. 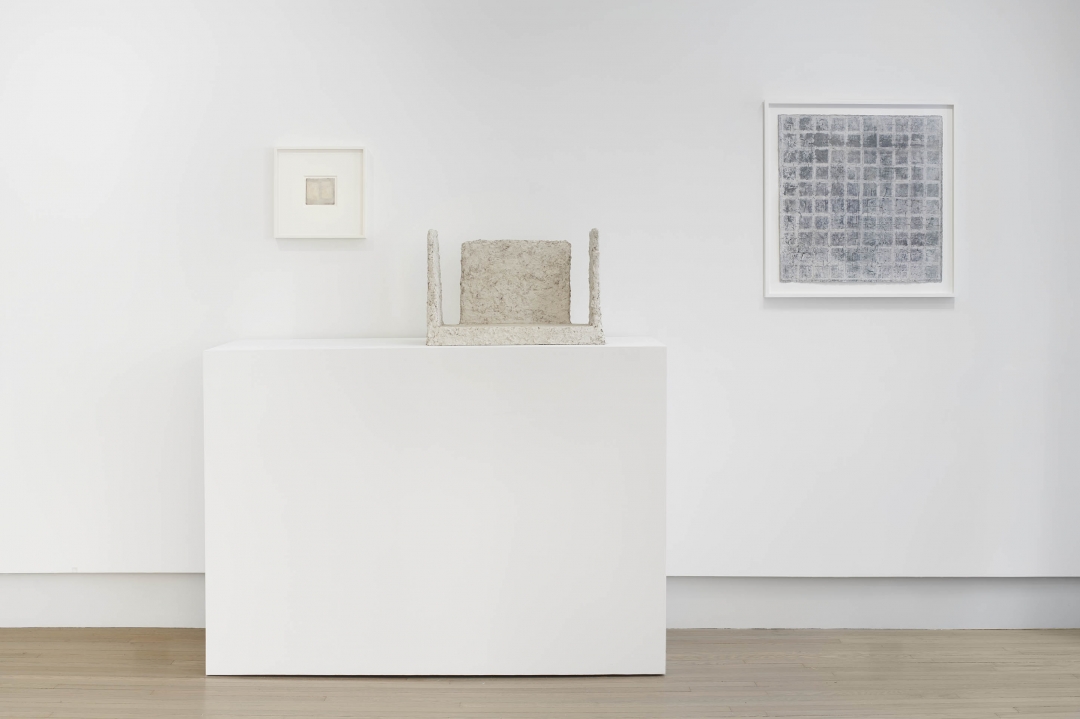 JG:  The empty social spaces that you have modeled over and over again in your work seem prophetic now.  Do those sculptures and images feel like they are residing in a moment they anticipated or do you see them as you always have?

RF: I see them as I always have. Most of my works bear a certain melancholy, and I often depict empty spaces, but not because I am trying to actively emphasize the emptiness of it.  Rather, so much of my work — particularly, my sculptural works — often use the elements that are the first and last that make a place exist.  Most of my works, especially, evoke the gesture, or even a remnant of a place.  In a sense, my works are modeled after ruins.  So the answer is, no, they don't reside in a moment.  I see them as the most basic universal conditions of structure.  They capture a time that is no longer there — but the ghost of which is still there, and still present, and remains evocative in that way.

Experience the current exhibition in our online viewing room

Learn more about the artist