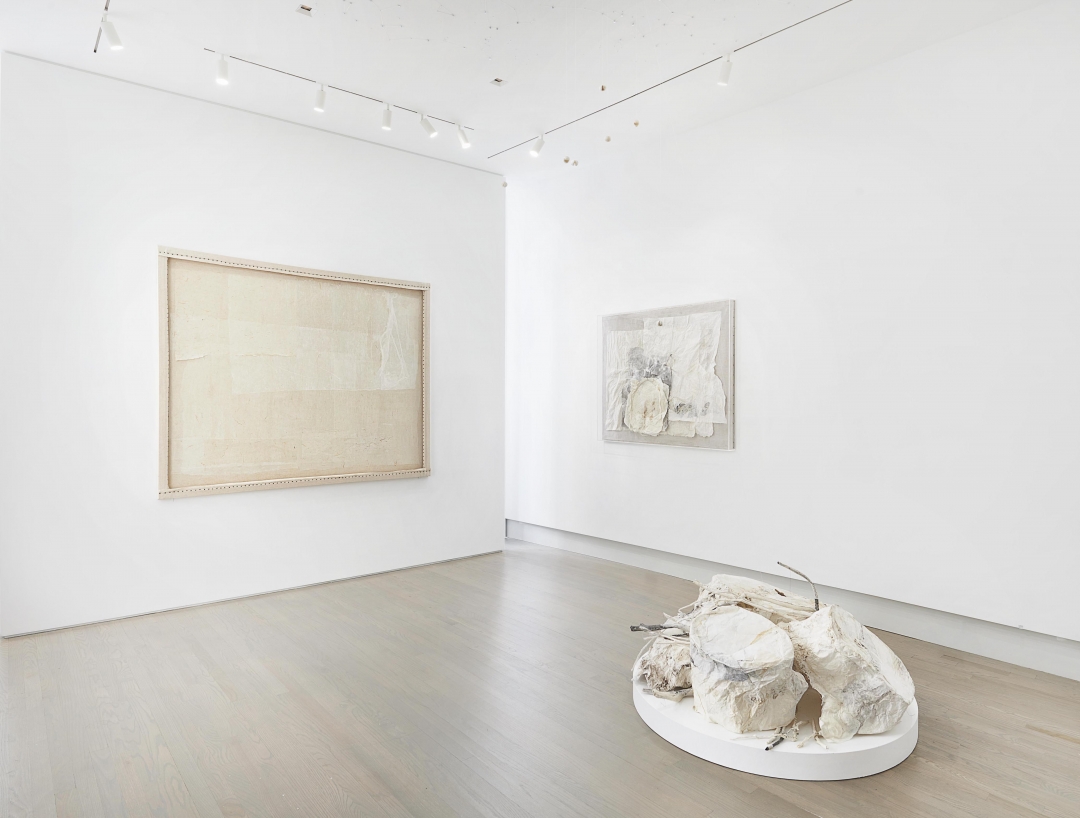 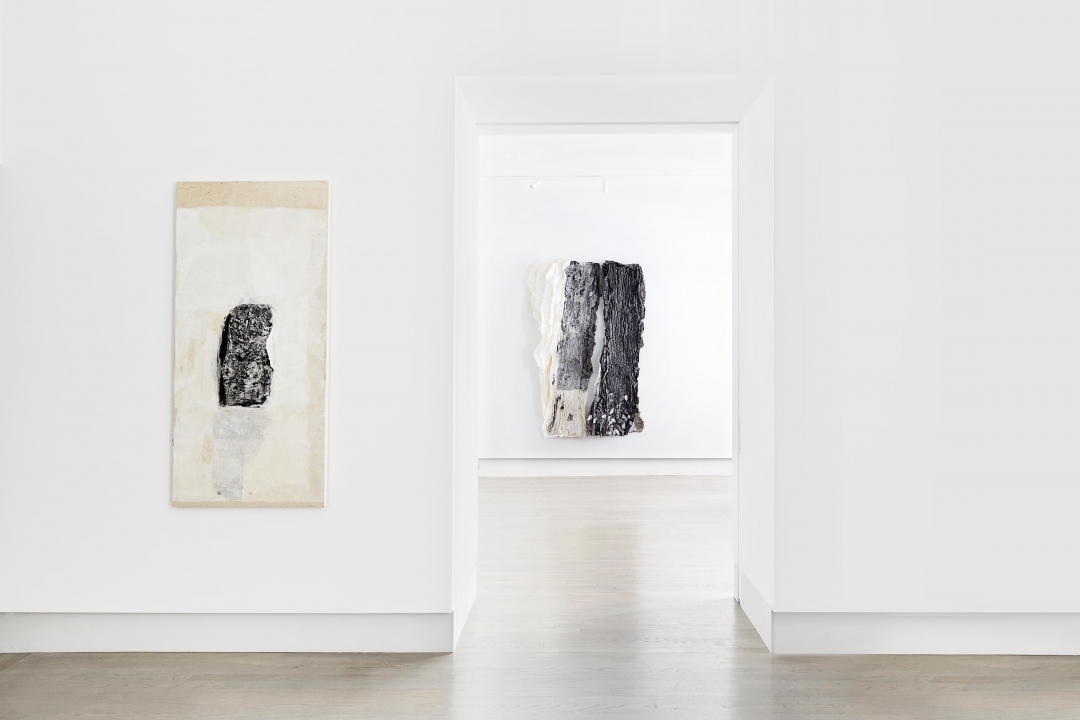 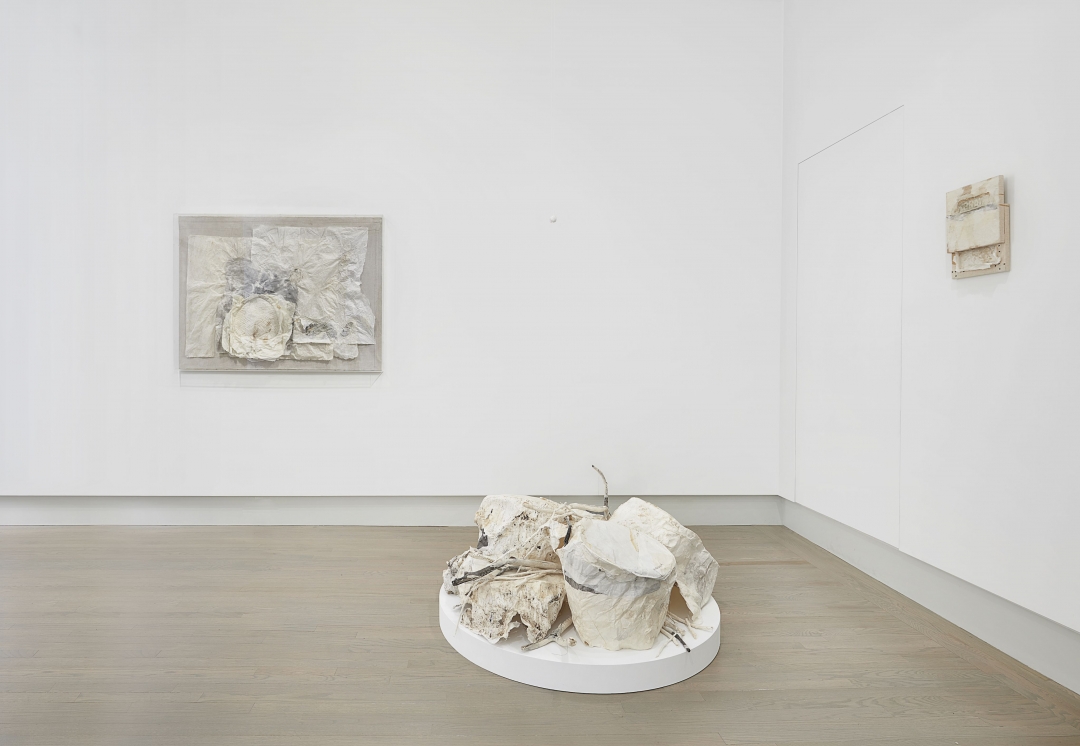 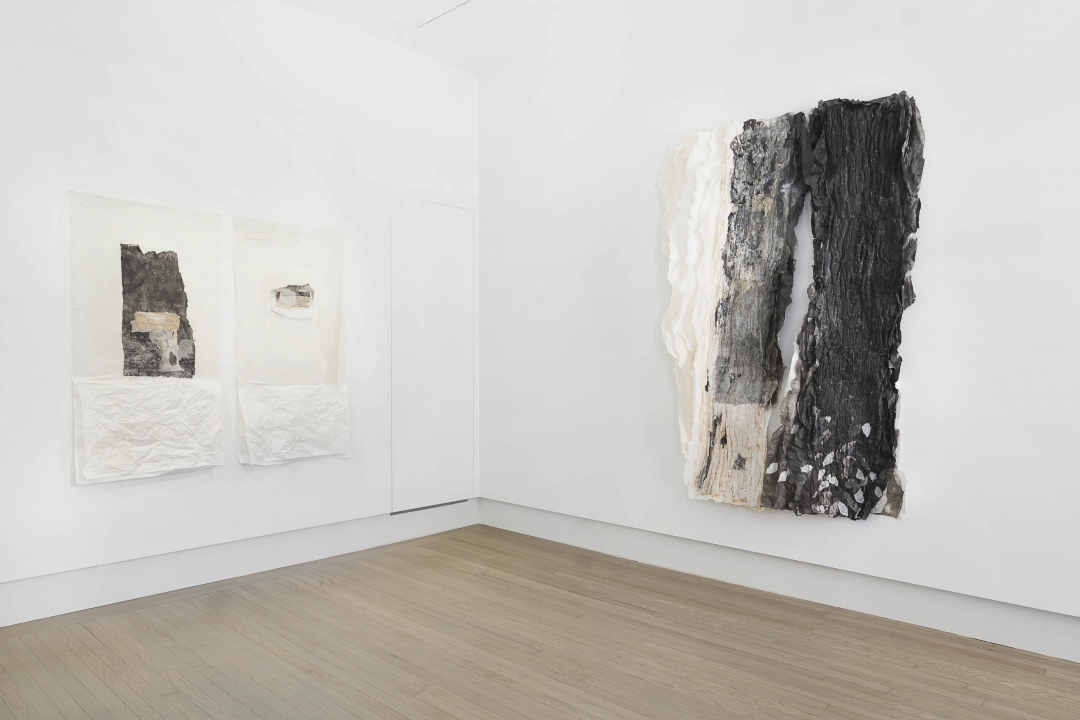 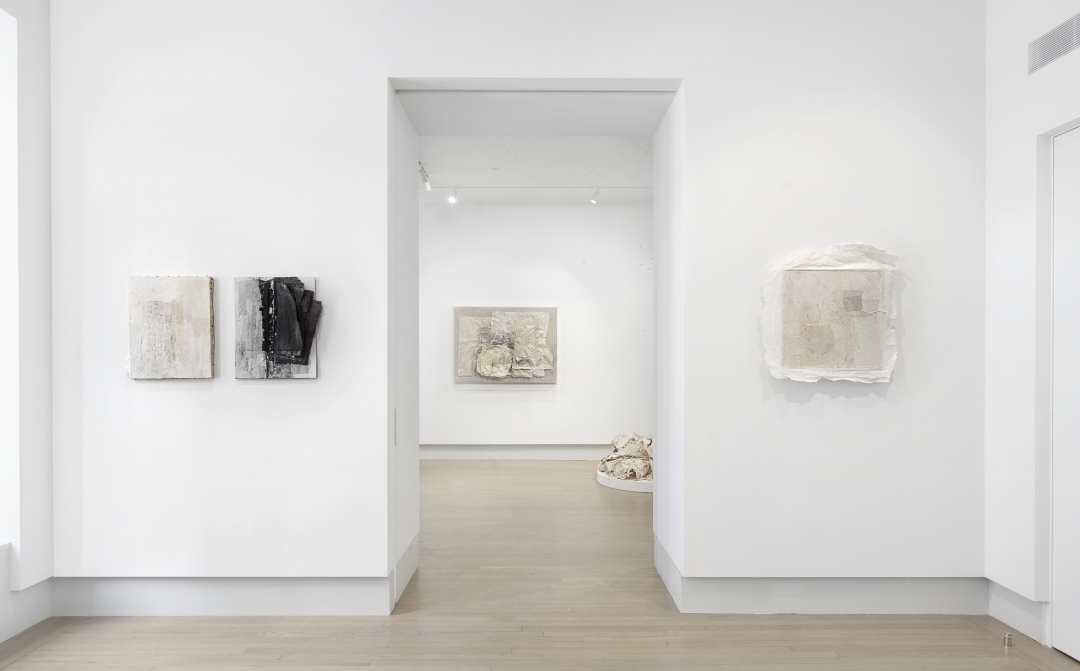 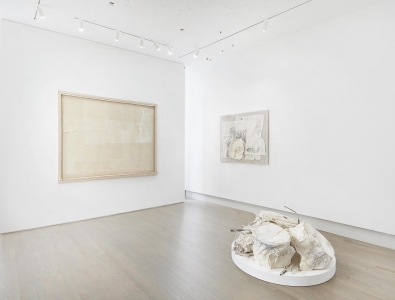 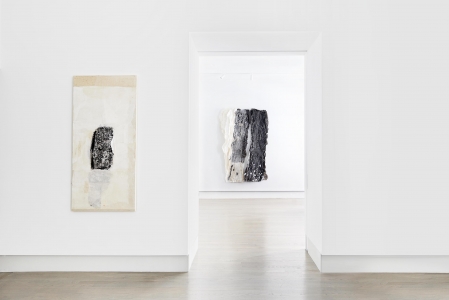 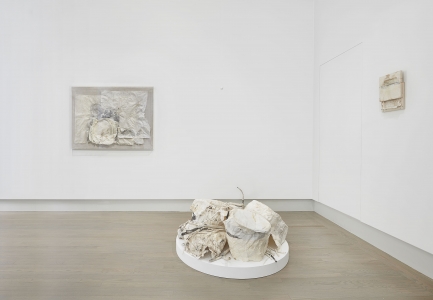 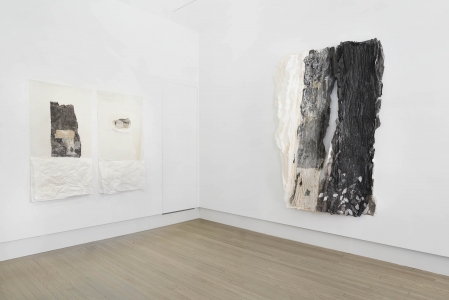 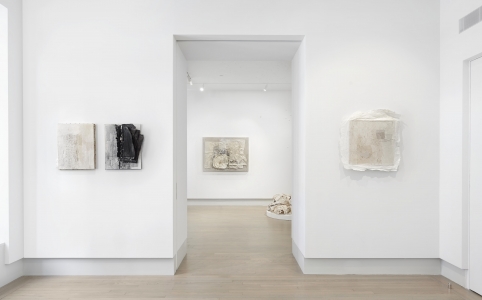 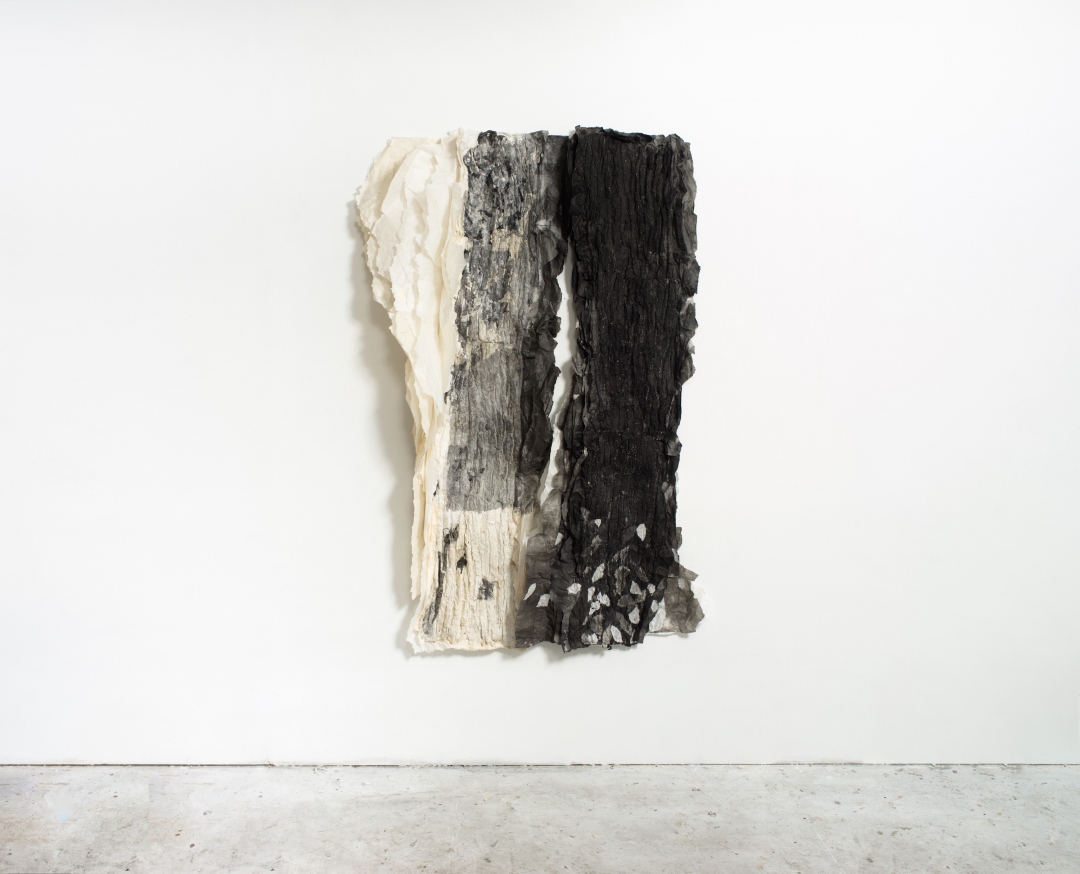 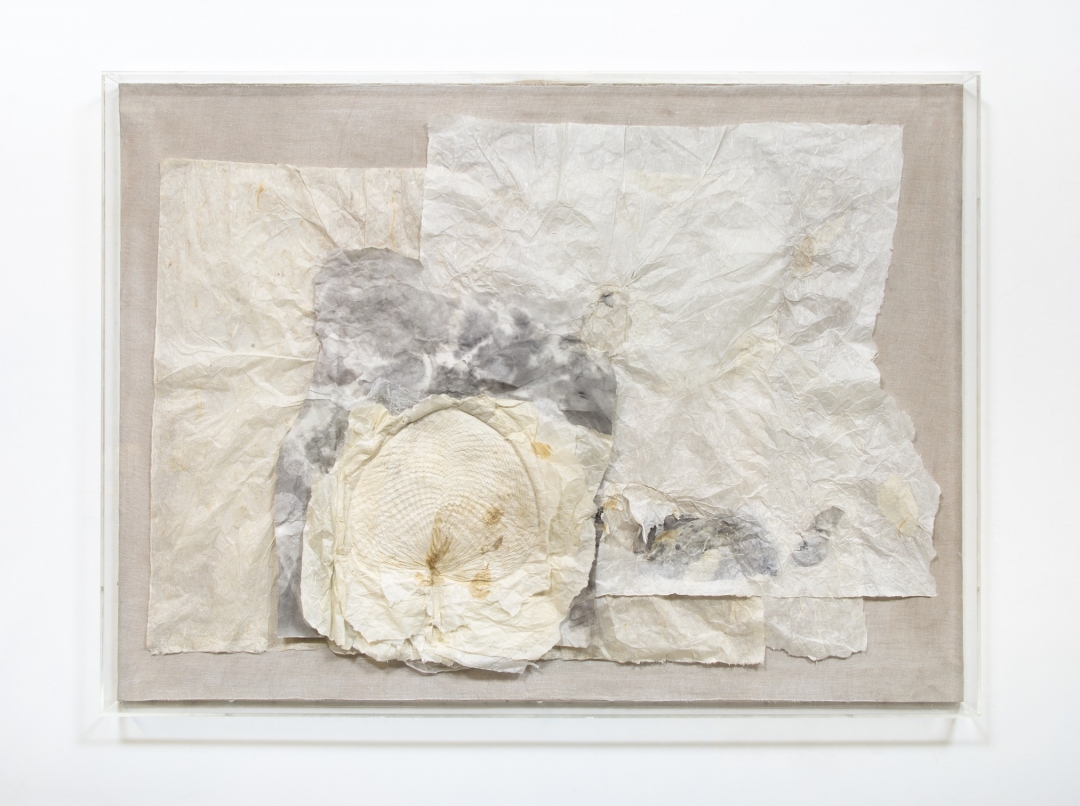 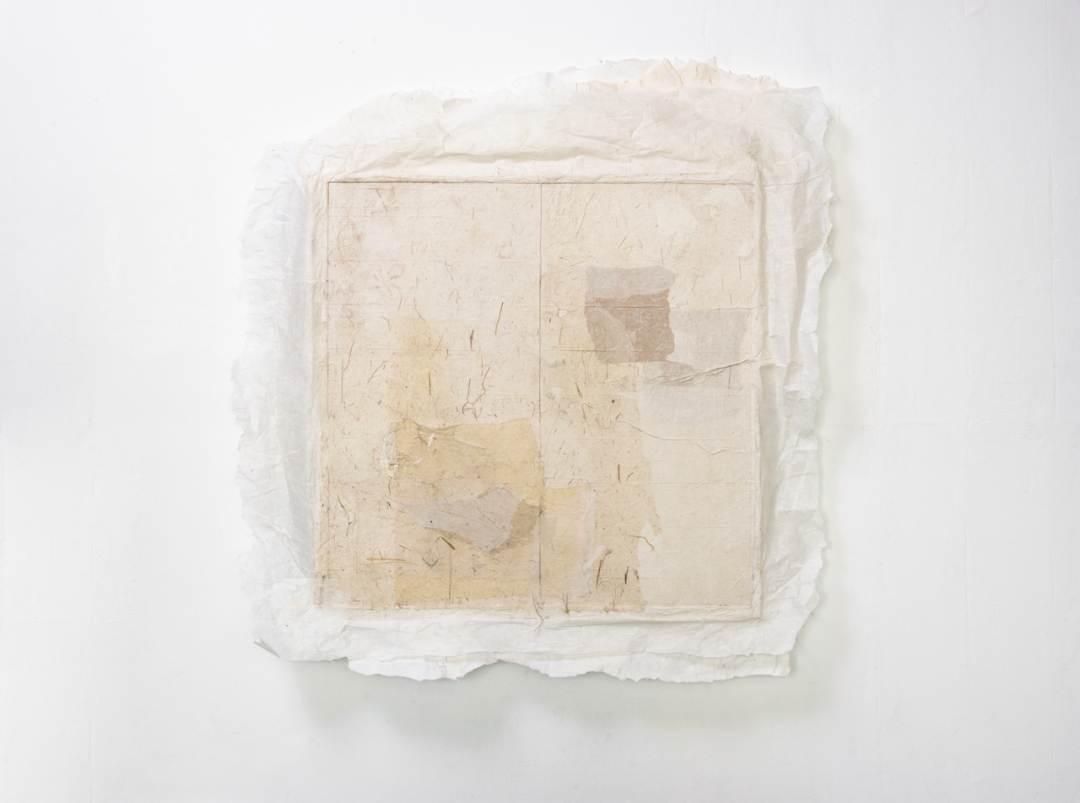 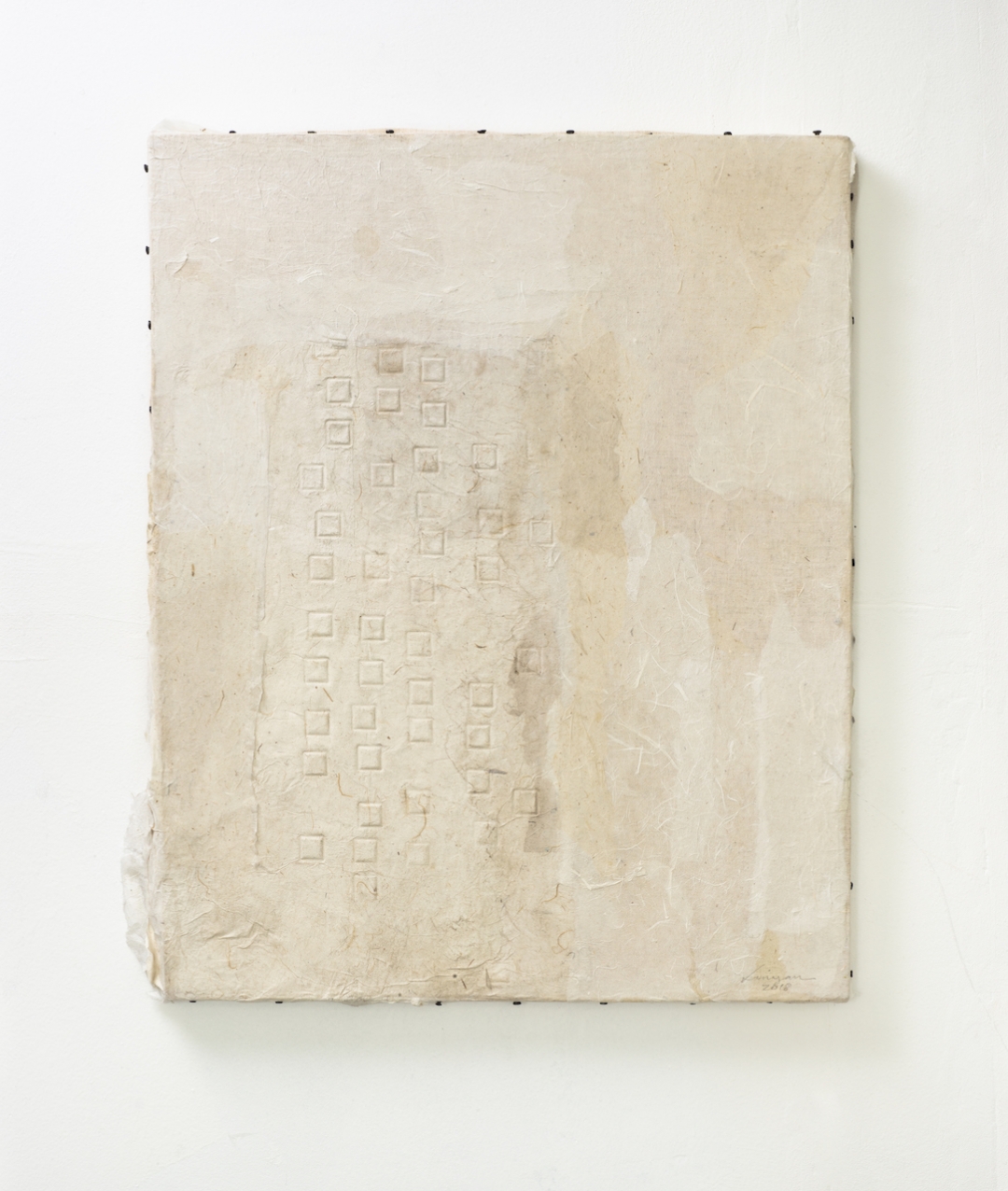 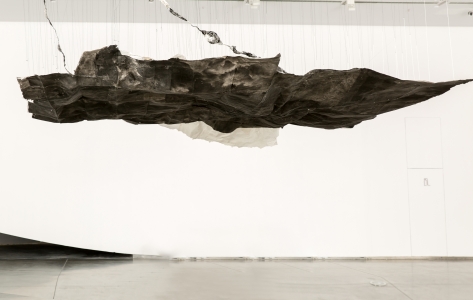 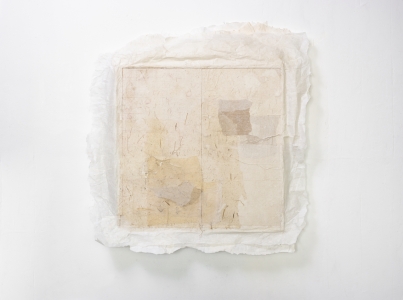 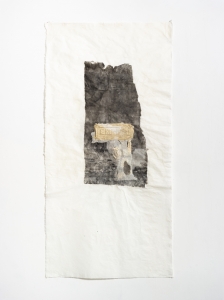 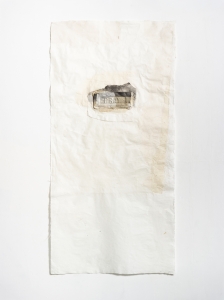 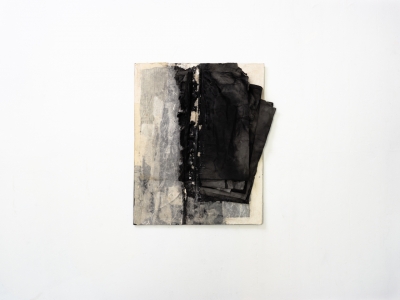 Helwaser Gallery is pleased to present Origin Point, a solo exhibition by Chinese-born, Brooklyn-based artist Lin Yan. Lin Yan is known for her site-specific installations, sculpture, and two dimensional works, which she produces through working with Xuan paper, a type of handmade paper traditionally used for Chinese calligraphy and ink. Within the last fifteen years, Lin Yan has worked almost exclusively with Xuan paper, approaching it as a medium in and of itself, emphasizing its materiality through crumbling, folding, layering, and casting them into various forms. Often executed without color, Lin Yan’s works locate significance in the textural and affective qualities of Xuan paper, serving as meditative and poetic statements on her chosen subjects.

In this exhibition, Lin Yan responds to the destruction of the Amazon rainforest and the broader conversation on the ongoing climate emergency through the installation Alioth (玉衡) (2019). The work consists of assembled cast reliefs of tree branches and trunks; these reliefs are made through a particular process of layering Xuan paper on the bodies of trees until they harden and fragment, and are later mended, stitched together, and re-constructed to form the installation. Attached to the ceiling, the work’s fragile, delicate appearance stands in sharp contrast to the qualities of solid groundedness usually associated with actual trees. The installation also consists of an arrangement of fine threads on the ceiling, executed in a pattern that takes after that of the Big Dipper, which the work’s namesake (the Alioth star) is part of. Reflecting the artist’s continued engagement with narratives surrounding ecological disaster, and the use of her appointed medium to address them, the work presents an awareness of two essential components of the living ecosystem – the sky and earth – and the unity between them. The fifth work in the artist’s public installation series, entitled Regeneration of Hope (希望重生) (2017- present), Alioth (玉衡) builds on the series’ contemplation of the relationship between nature, man, and the universe.

In Leaves are Gone #3 (落叶 #3) (2014-2019), Xuan paper was used to cast reliefs of tree bark; stained with black ink, these works resemble petrified tree trunks, forming a somber counterpoint to the formal lightness of Alioth (玉衡). Alongside these works is a series of vertical paper works, entitled Common Words, bearing the imprinted word “empire.” These works were created from casting bricks, which the artist found within Brooklyn, onto Xuan paper, allowing the conceptual weightiness of these words to stand against the largely empty ground of each work.

Also on show are a selected series of smaller-scale works, such as Ending Game II (清场), (2018), and Between Day and Night 3 (日夜之间 3) (2019). Alongside her engagement with environmental issues, these works provide more insight into Lin Yan’s broader practice. Through their imagery, structure, and lyricism, Lin Yan’s works point their viewers towards the relationship between man, nature, and cosmology.