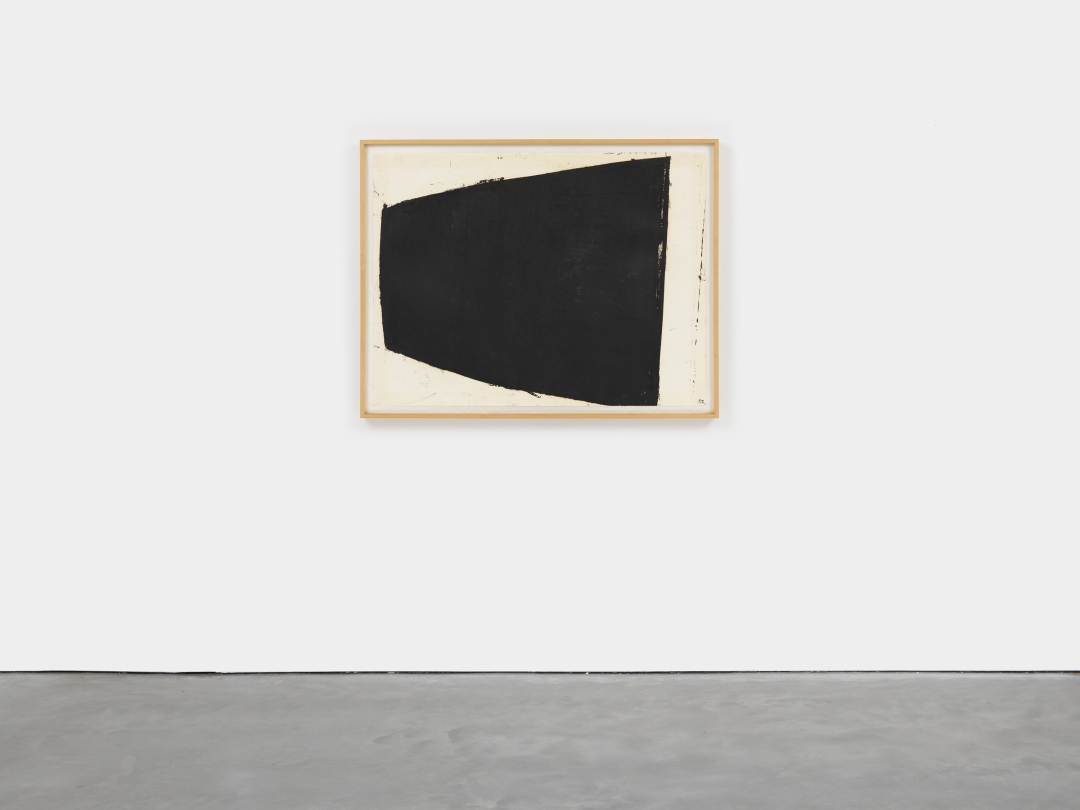 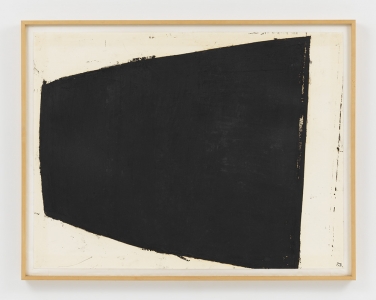 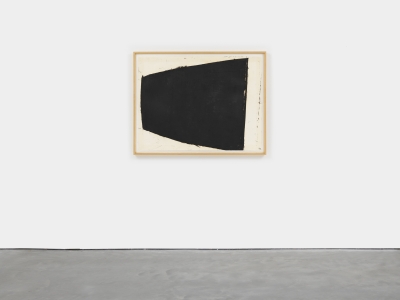 Known as one of the foremost contemporary Minimalist artists, Richard Serra (b. 1938, California) is best known for his  monumental steel sculptures. In his early career, Serra made sculptures out of materials such as fiberglass and rubber, and employed process-based methods to create site-specific works. In 1969, he began to create structures that were supported by their own weight, such as his "Prop" series of works. Embarking on large-scale, site-specific sculptures in  the 1970s, Serra created daunting sculptures that use architectural curves, provoking disorientation as viewers walked through them. His practice also encompassed drawing and works on paper; often using melted paintstick pushed through a mesh screen, Serra made abstract works that further explored the notions of weight, volume, and gravity. His works are held in the collections of the Guggenheim Bilbao, the Dia: Beacon in New York, the San Francisco Museum of Modern Art, the Tate Gallery in London, and the Los Angeles County Museum of Art, among others. 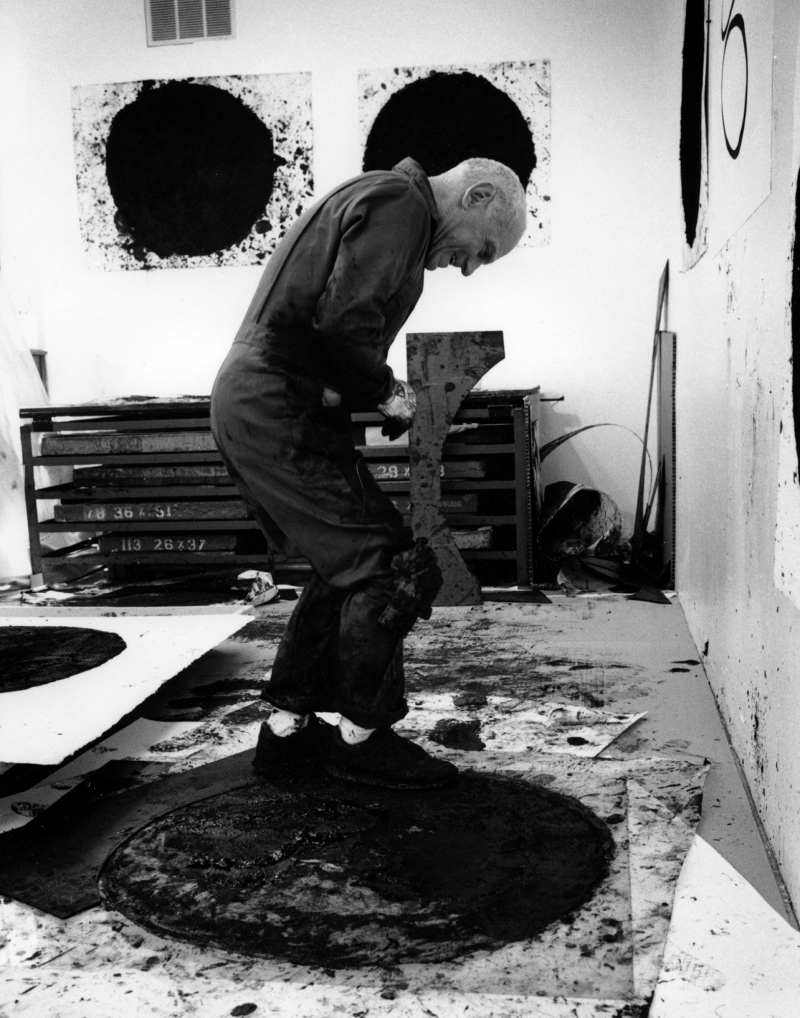