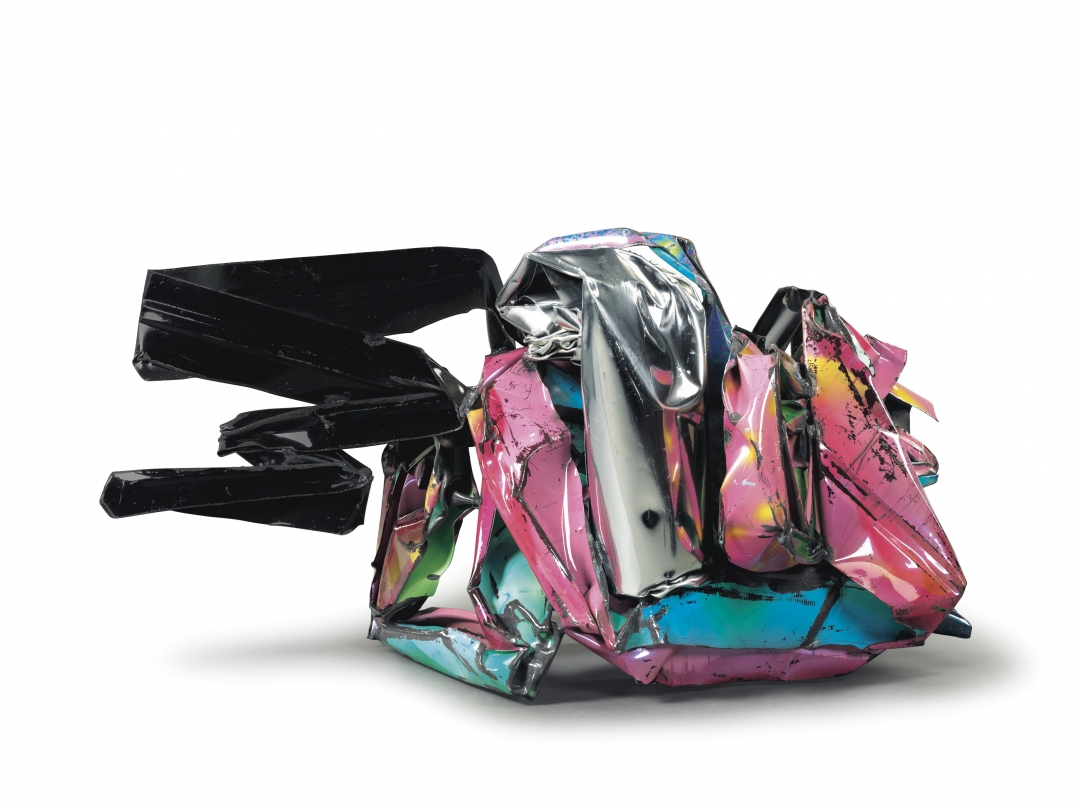 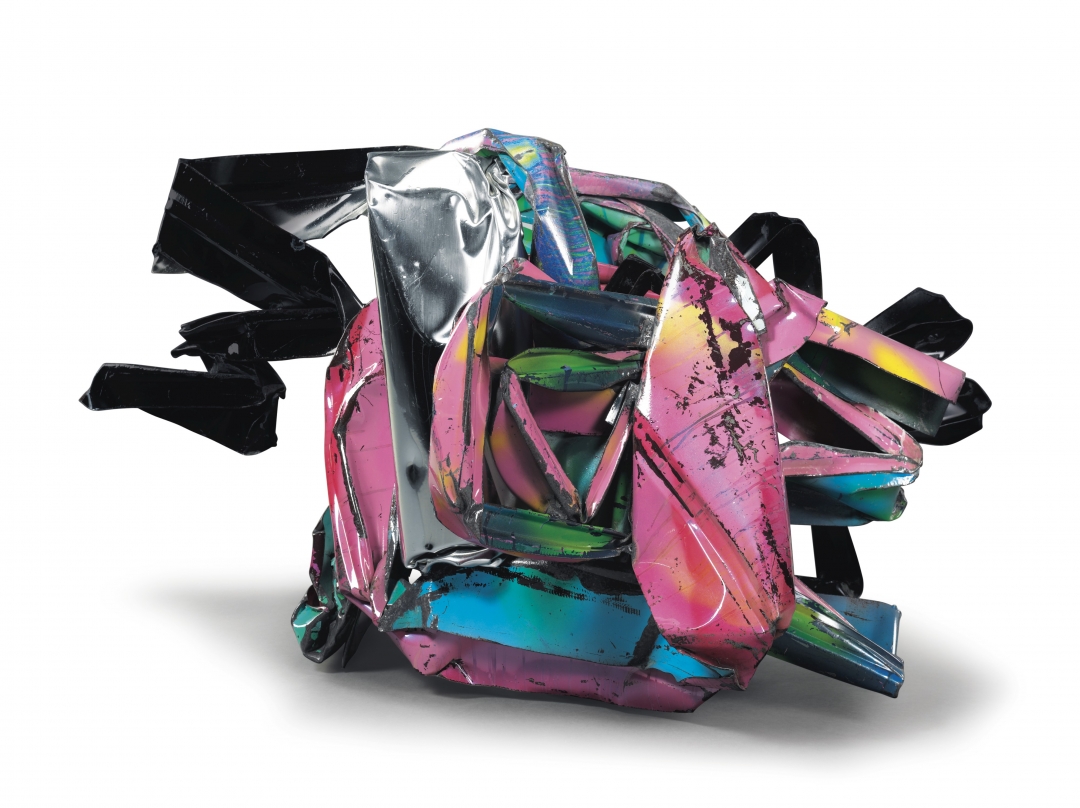 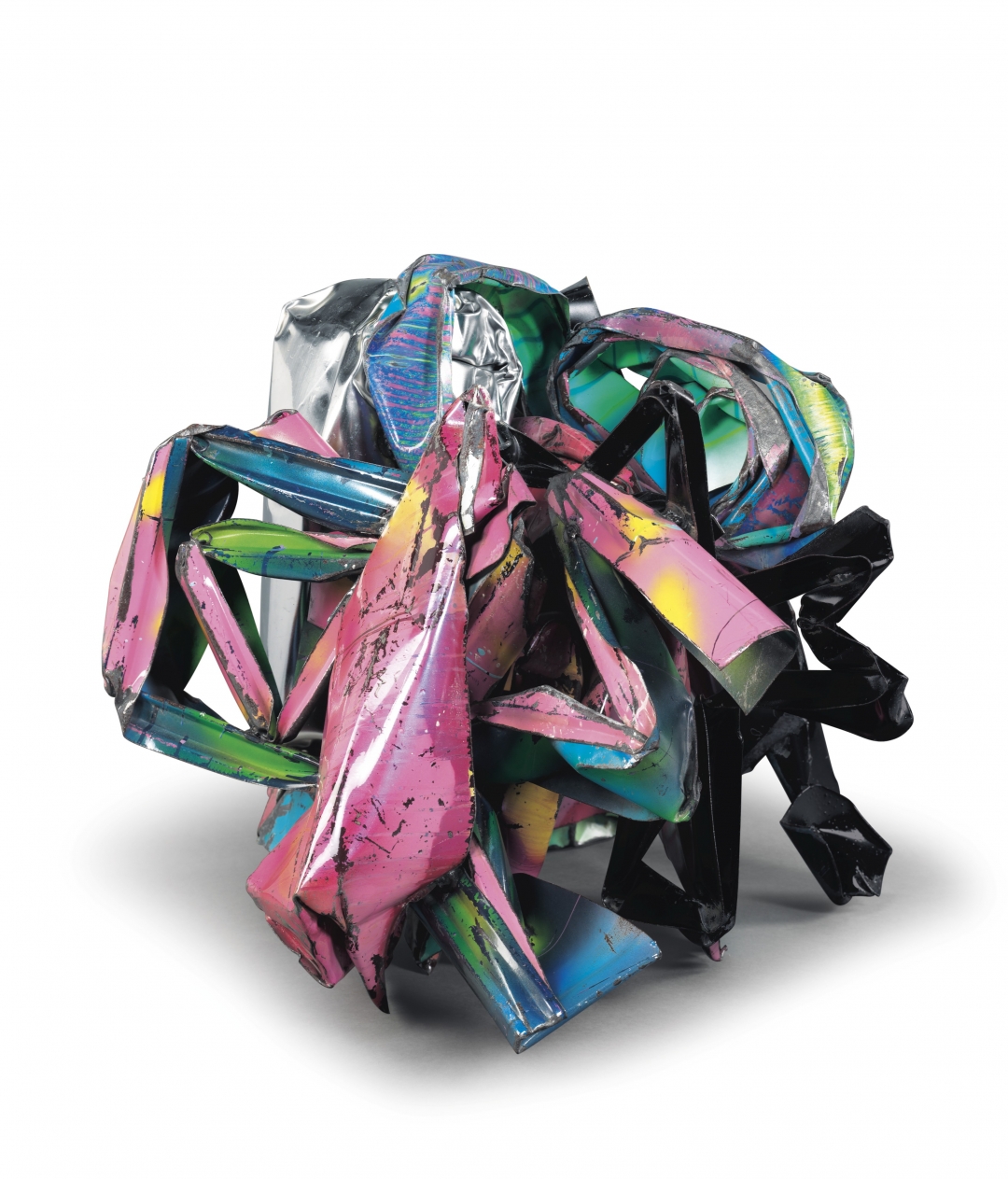 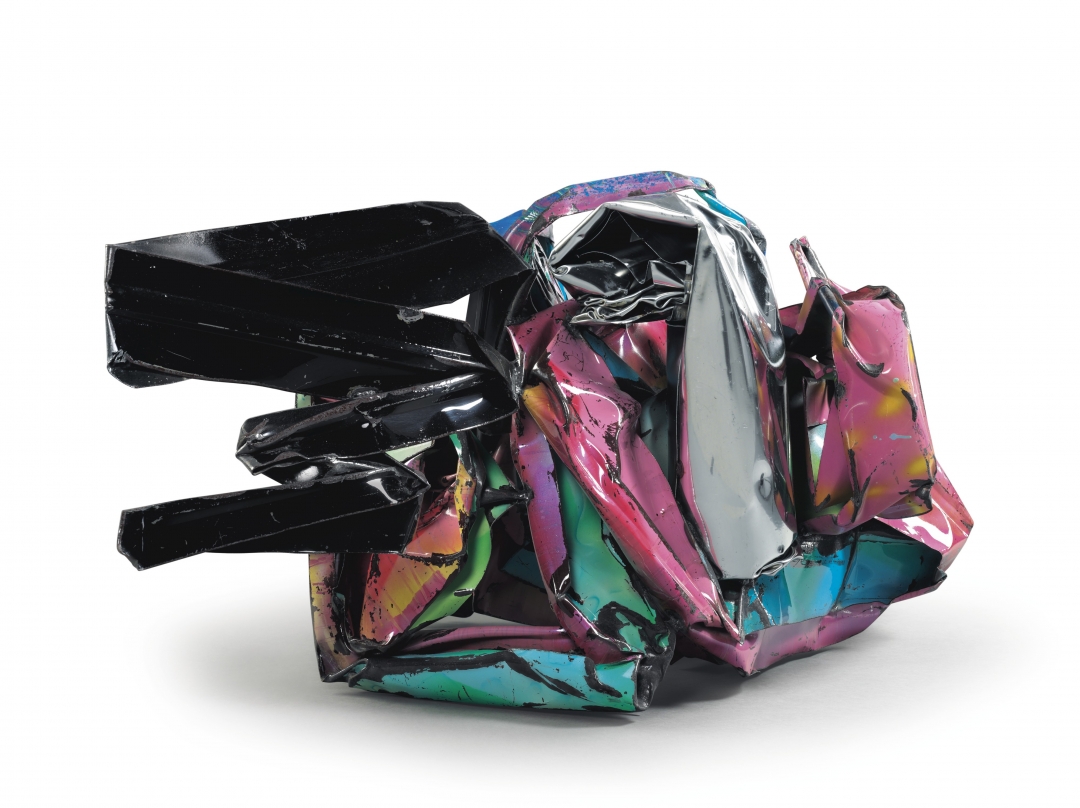 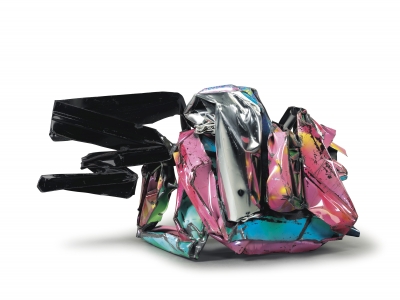 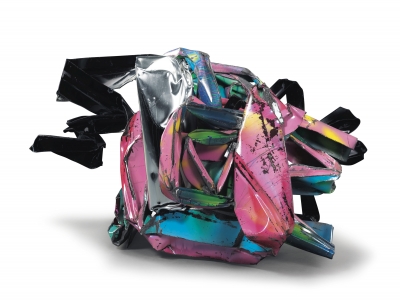 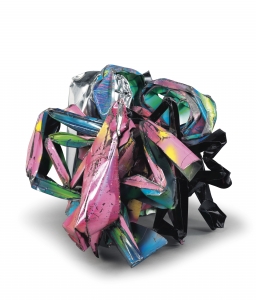 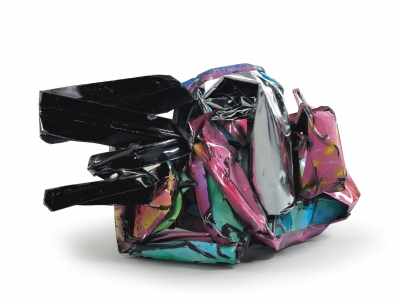 John Chamberlain (b. 1927, Indiana; d. 2011, New York) is best known for his large-scale, crumpled scrap metal works. Chamberlain studied at the Black Mountain College as a sculptor; in his early years, Chamberlain used readily available scrap metal. His first major work, Shortstop (1958), was inspired in part by Surrealism, and was made by assembling car fenders together, before being painted black. In the 1960s, Chamberlain used multiple industrial materials such as plexiglass and foam to create monumental sculptures that have been described as three dimensional Abstract Expressionist paintings. Chamberlain’s works have been exhibited widely, with a collection of crushed cars on permanent display at Dia:Beacon, New York. He was awarded twice a Guggenheim Fellowship, and in 1993 was given a Lifetime Achievement Award in Contemporary Sculpture from the International Sculpture Center.