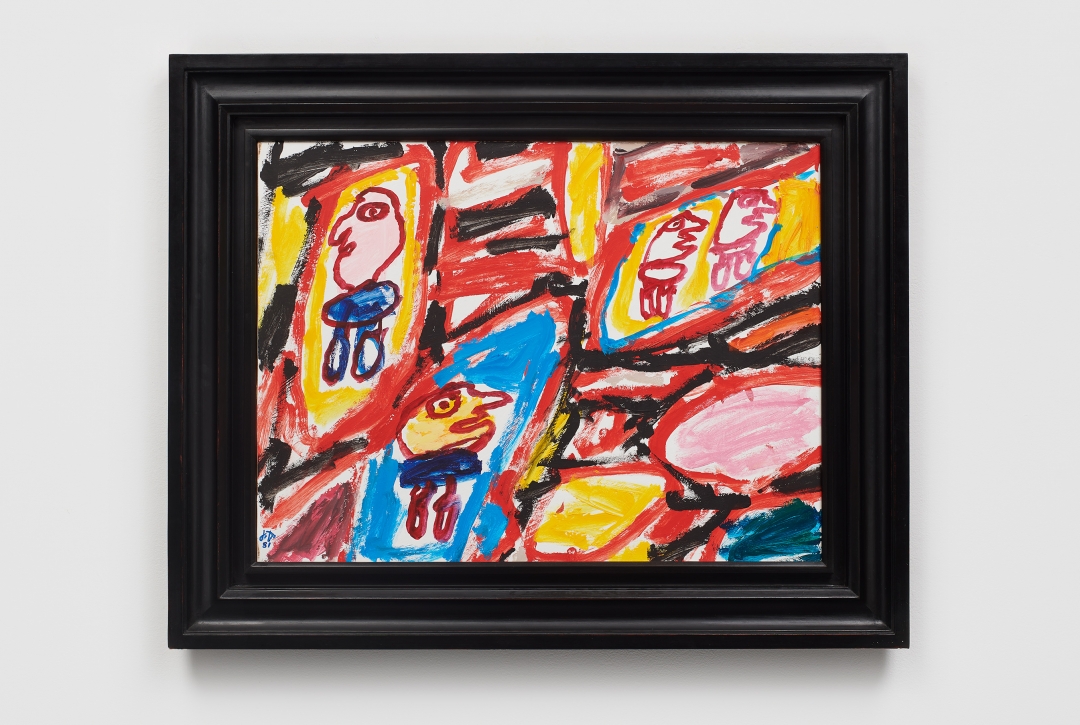 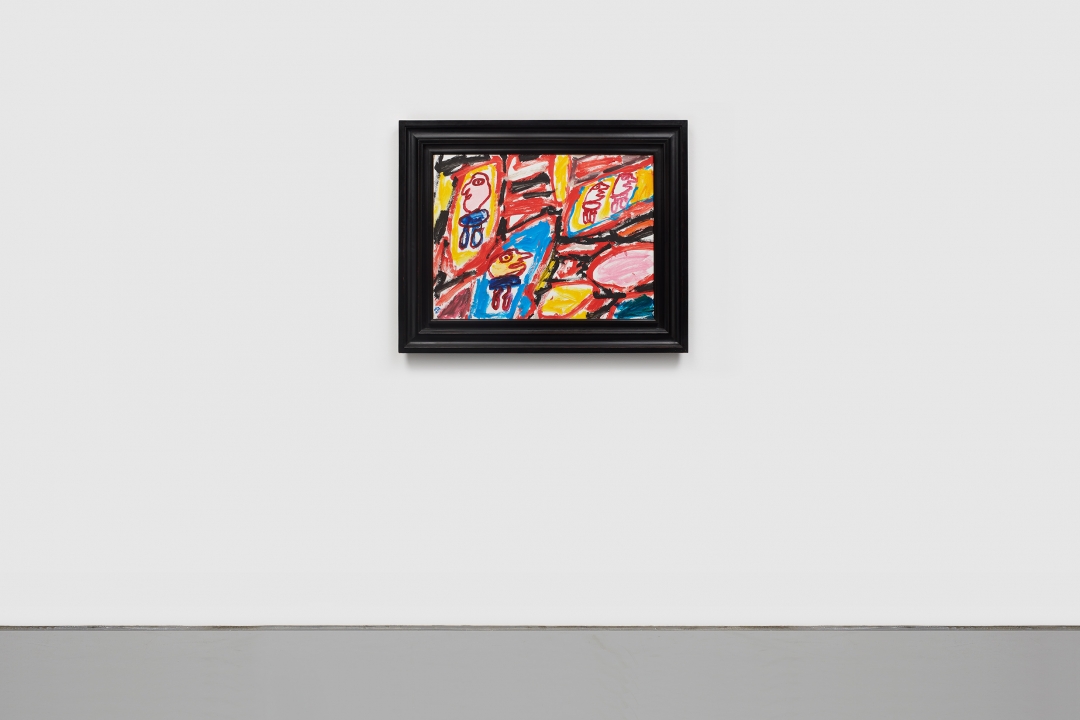 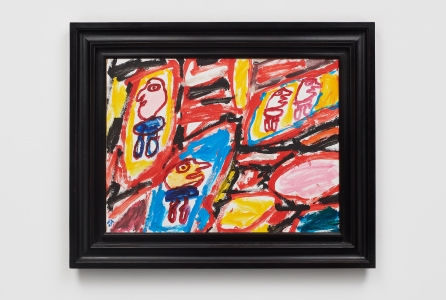 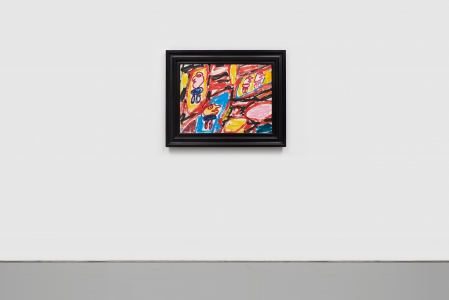 Jean Dubuffet (b. 1901, Le Havre; d. 1985, Paris) was one of the forerunners of the Art Brut movement, which embraced art that was created outside the boundaries of the established art scene and institutions. In his early career, Dubuffet began to experiment with using alternative materials such as mud, sand, dust, pebbles, and tar, mixing them with thick oil paint to create a paste upon which he could create marks and scratches. After trips to Algeria between 1947 and 1949, Dubuffet coined the term "art brut", using it to describe art produced by non-professionals, such as children, prisoners, and patients working outside pre-conceived notion of great painting. Seeking to create art free to intellectual concerns, much of his work appears childlike, primitive, and have been described as naive and raw. His works are now held in the collections of the Art Institute of Chicago, The Museum of Modern Art in New York, the National Gallery of Art in Washington, D.C., and the Centre Georges Pompidou in Paris.